When He Met She

Four strings and a favourite chocolate bar: that's all James Hill – “possibly the best ukulele player in the world” (Waikato Times) – and Anne Janelle – “a cellist of true beauty” (Ottawa Citizen) – had in common when they first met. It was more than enough. Today, they're an award-winning, “utterly world-class” singer-songwriter-ukulele-cello duo (Paul Symes, The Blacksheep Inn).

It’s true: opposites attract. James grew up playing folk, jazz and blues on his ukulele while Anne was exclusively a classical cellist. But the pair’s differences quickly became their biggest asset. The uke is high, the cello is low; the uke plays short notes, the cello long bow strokes; the uke is all about strumming while the cello radiates melody. Like shadows and light in an old photograph, these contrasts are complementary. “We’re like a pair of dancers who can’t step on each other’s feet,” jokes James.

Flash back to 2008. Anne was working on her Master’s degree in cello performance at the University of Ottawa while James was wowing crowds with his ukulele wizardry at festivals across North America, on a mission “to prove beyond the shadow of a doubt that in the right hands the uke can be a formidable axe” (Ann Arbor News). And then, one email changed the course of their musical lives.

James and Anne were selected to record a track for a compilation album called Classical Ukulele for release in Japan. “If it weren’t for that recording project,” confides Anne, “I don’t think we ever would have started playing together. It just wouldn’t have occurred to us.” Often the most obvious thing is the thing that’s most easily overlooked. “We chose Schubert’s Ave Maria and arranged it for ukulele and cello. We recorded it in a tiny practise cubicle at the university!” The result? “Absolutely brilliant” (The Folk Diary).

Naturally the next step was to release a duo album and, so, True Love Don’t Weep was born. The album garnered a Canadian Folk Music Award for Best Traditional Album of the Year in 2009. A mixture of traditional tunes with “fresh vitality” (Country Music People) and, for the first time, original songs, True Love Don’t Weep showcased the duo’s ability “to capture the soul of a song.” (Folk World). By this time, Anne had completed her degree and the pair were performing regularly, bringing their “instinctive musical interaction and contagious enthusiasm” (Ottawa Citizen) to audiences across five continents.

Since True Love Don’t Weep, James and Anne have each released two solo albums each (James’ Man with a Love Song and The Old Silo; Anne’s Beauty Remains and So Long at the Fair) and toured in over 15 countries, making their mark not only as accomplished instrumentalists but also as some of the finest songwriters of their generation.

2016 marks the return of the duo in full force. “We walked our separate musical paths for a while, but I think we both came to realize, each in our own way, that the duo is our strongest musical offering. There is passion, there is diversity, there are many levels with which an audience can engage with our music when it’s not one or the other but both of us.” reveals Anne.

Together, James and Anne craft a sound that is intricate, enchanting and engaging: “a crystal clear sound filled with warmth” (Bob Mersereau, CBC). In concert, James is “a dazzling performer with a genial, low-key sense of humour” (Edmonton Journal) and Anne brings her “gorgeous syrupy voice” (Acoustic Magazine) to songs that are “inventive, entertaining, beautifully written and brilliantly performed” (R2 Magazine).

In short, a night out with James Hill & Anne Janelle is “the perfect evening of tunes, stories and musical virtuosity” (Wellington Dominion-Post). 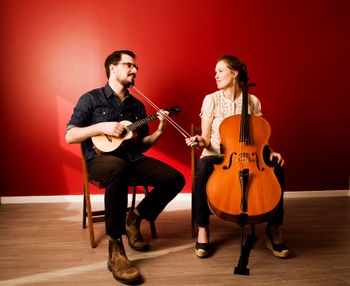 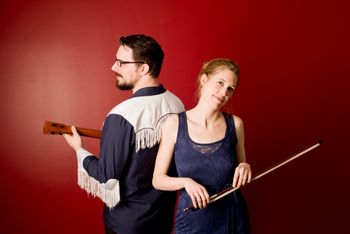 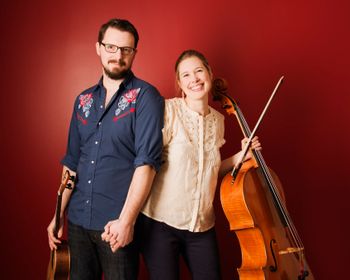